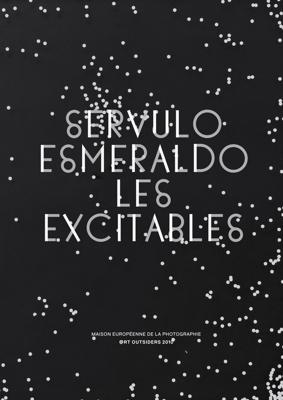 Sérvulo Esmeraldo is an unusual artist, little known to the general public. Nevertheless his work, begun in the sixties, prefigures the trends in a whole segment of today’s art: between science and the tangible world, between hybridization and low technology. A Brazilian, probably a little too quickly pegged as a typical member of the kinetic art movement, Sérvulo creates Excitables: neither objects nor paintings, these operate on static electricity and are animated by a hand gesture.
Here, movement reveals the intangible and tries in vain to fix it - we think of the blinking eye, of human vision pulling 3D out of 2D “painting”, and of the function of touch that today’s screens make so obvious and useful. Again, and as always, it’s also about Painting, and about liberating oneself from it... This small edition clearly and pertinently reintroduces a work that was presented in 2010 at the Maison Européenne de la Photographie as part of the @rt Outsider festival.
Well worth discovering.